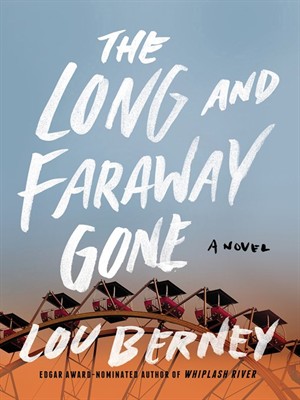 This is the latest addition to my Kindle. I chose it for several reasons.

First, the description:  In the summer of 1986, two tragedies rocked Oklahoma City. Six movie-theater employees were killed in an armed robbery, while one inexplicably survived. Then, a teenage girl vanished from the annual State Fair. Neither crime was ever solved.

Twenty-five years later, the reverberations of those unsolved cases quietly echo through survivors’ lives. A private investigator in Vegas, Wyatt’s latest inquiry takes him back to a past he’s tried to escape—and drags him deeper into the harrowing mystery of the movie house robbery that left six of his friends dead.

Also, the testimonials: “The Long and Faraway Gone is that rare literary gem — a dark, quintessentially cool noir novel that is both deeply poignant, and very funny . . . as hip, hilarious, and entertaining as it is wrenching, beautiful, and ultimately redemptive.” (Huffington Post)

Then, there’s the big-time publisher (HarperCollins), and the crazy low price: $1.99.

All those things add up to a pretty safe bet, I think. I’m happy to have this one stored away and ready to go, for some future “I get to choose a new book to read!” day. Check it out, if you’re so inclined.