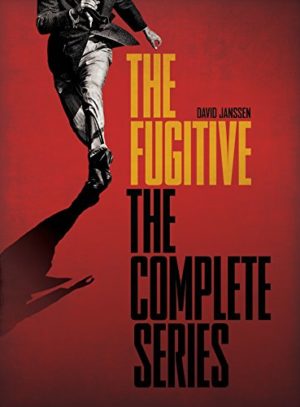 I’m nearly finished watching this series, and the first three seasons are fantastic. They’re black & white and atmospheric, and do a great job of capturing the melancholy, desperation, and paranoia of a person on the run. It’s also exciting, and quite suspenseful.

Dr. Richard Kimball, as portrayed by David Janssen, is a man wrongfully convicted of the murder of his wife. He’s sentenced to die in the electric chair, and while being transported to “the death house,” as Cannon calls it in the voice-over, there’s an accident and Kimball escapes. In every subsequent episode — 120 in all — he’s in a different town, using a different name, working some different but menial job.

The fourth season isn’t as good, but it’s not a complete disaster. It doesn’t help that it’s now in color. Plus, the situations are a little more ludicrous, which means the writing is starting to slip. But I’m powering through to the end. The final episode was one of the most-watched in TV history. Something like 72% of all televisions in America were tuned in to learn Dr. Kimball’s fate. I’m not there yet, so don’t tell me. I assume he’s captured and quickly fried up like Sizzlean? Yeah, probably not.

This series was released a few years ago in a too-expensive DVD version, more than $200, I believe. Fugitive nerds bought it anyway, and howled in protest because some of the original music had been replaced. Finally, it was re-released with all the problems ironed out, at a much lower price. I think I paid about $55 for mine. Right now it’s even less than that. Crazy, man!

I’m too young to remember this show in its original run, but have always been intrigued. I was aware of the cult following it has, and it seemed right up my alley. Plus, the movie version, with Harrison Ford as Richard Kimball, is one of my favorites. I wasn’t disappointed. The Suggestaholic doesn’t hesitate in suggesting this one.

I’m now mildly obsessed with David Janssen. He was apparently a notorious boozer and womanizer, who died of a heart attack at the young age of 48. The man was running wide-open. His pallbearers included Johnny Carson, Rod Stewart, and Gregory Peck. And that’s clear evidence of a life fully-lived right there.