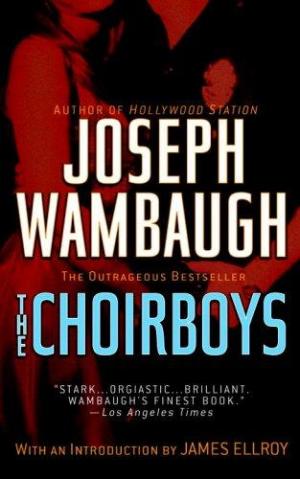 I read this book at least twice when I was in Junior High School. At the time I thought (knew!) it was the most subversive and audacious thing ever written. I simply couldn’t believe it existed.

It’s a novel about a bunch of disgruntled and frustrated cops in current-day (1970s) Los Angeles who get together after hours for hard-drinking bitching sessions, which they have dubbed “choir practice.”

I loved it when I was 14 because the characters were hilarious in a way I’d never experienced before. Nobody I’d known talked that way, Well, kids did… kinda-sorta. But this was taken to a whole new level. The cops’ opinions were outrageous, and expressed in ways that had me crying with laughter. And their creative use of profanity was nothing short of art.

And the cool thing about it? It was a bestselling novel, available for purchase right there at the Kroger checkout. So, I could carry around what must be the wildest, most amazing thing ever created, and nobody would even question it. It felt like I was pulling the world’s biggest scam. I’m not kidding, this book — along with MAD magazine and National Lampoon — helped warp me forever.

I haven’t read it in 35 years, but I downloaded it to my Kindle today, since it’s priced at $1.99. It’ll be interesting to see what I think of it now. My memory tells me it’s something that would NEVER be published in 2015; there’s something to offend every special interest group known to man inside this book. At least I hope I’m not disappointed, and find out I have it wrong.