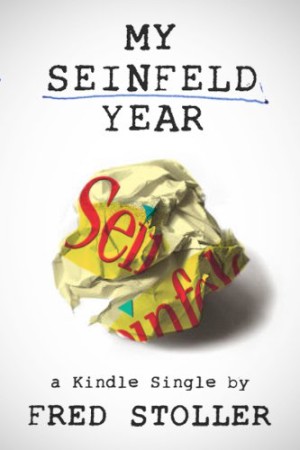 Fred Stoller is a comedian, actor, and writer — you might recognize him from Everybody Loves Raymond, and a bunch of other TV shows. Back in 1994 he ran into an old acquaintance at a party, someone he knew from his early standup days in NYC: Larry David.

David invited Stoller to submit a spec script to Seinfeld, the show he co-created. That led to a one-year stint as a staff writer on the program — one of the most popular in the country at the time.

This book gives us a behind-the-scenes look at the show, and the personalities involved. I read it several years ago, and really enjoyed it. In fact, I’ve been meaning to re-read it. I’m a huge Seinfeld fan, and this kind of thing fascinates me. Stoller is a good writer, self-deprecating and honest. Grab it, if you’re interested in the inner-workings of sitcoms, the life of a TV writer, or just the great program itself.