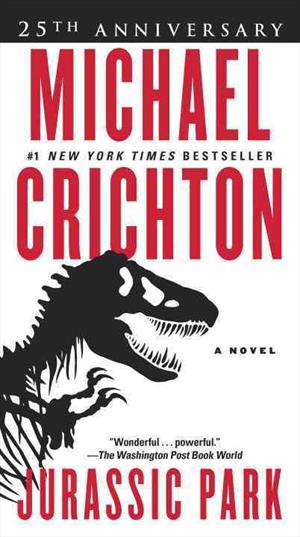 I’ve never read this book. I saw the movie at some point, but don’t remember much about it. There’s a good chance I was drunk, but that’s neither here nor there. Didn’t Newman get eviscerated during the first reel? It’s all very unclear to me.

I’ve also never read a Michael Crichton novel. He was super-popular, which was a strike against him in my eyes, back during snobbier times. Plus, his shit was science-heavy, wasn’t it? Funk dat.

But, I’ve heard and read so many people say that Jurassic Park the book is an absolute blast to read, I added it to my Kindle Wishlist somewhere along the line. It feels like two years ago. And today my patience paid off, once  again. I snagged that baby for $1.99.

I don’t know what’s going on with it. It might be a one-day price reduction, so grab it now if you’re so inclined. I’m going to wait for a gray winter day, and get into this thing. Should be fun.