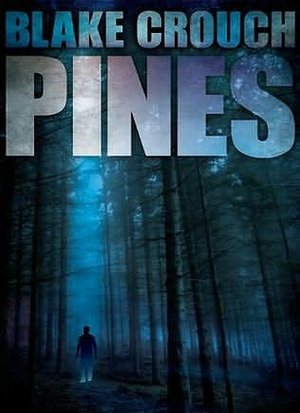 Blake Crouch is one of those dudes that inspire new writers. I don’t know his current situation — I suspect it’s changed — but when I first became aware of him, he was self-publishing his novels. And doing well for himself, very well indeed.

The first Crouch novel I read was called Run. It was crazy, and relentless. I wouldn’t call it literature, but it was certainly fun. The book stood out in my mind enough for me to make a mental note of the author’s name, and maybe check out his other books.

Pines is the first installment of a trilogy, and it’s better than Run. Again, it’s not Hemingway, but it’s bubbling over with creativity and twisted entertainment. It concerns an FBI agent who is sent to the small town of Wayward Pines, Idaho, in search of two other agents who have gone missing. Immediately he’s involved in a serious traffic accident, and wakes up in a hospital that feels a tad off. From there, shit gets wild.

I’ve read all three books, and recommend them. Start with Pines, of course. I think it’s always priced at $3.99 for the Kindle edition. But, I could be wrong, so don’t dawdle. (Wow! I don’t think I’ve ever used that word before.) There’s now a TV series based on the books, starring Matt Dillon. I watched the first episode, and wasn’t blown away. But people seem to like it, so maybe I’ll give it another chance? In any case, the novels are completely wacked-out and worthy. The Suggestaholic suggests you check ’em out. 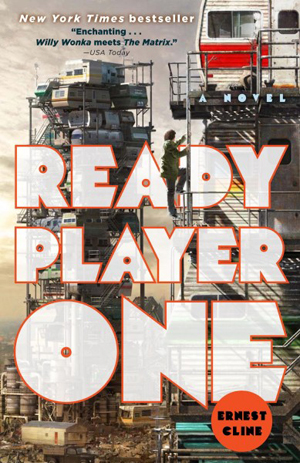 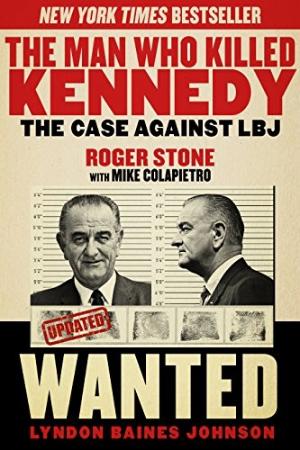 I heard the author of this book on Coast to Coast with George Noory a few months ago. Many of the guests on that radio show are deep-dish kooks, but this dude sounded legit. Oh, I’ve been fooled before, but he struck me as a serious and grounded journalist.

His thesis: LBJ arranged for the assassination of JFK. You know, as a career move. It’s not a unique theory, many people have suspected that Johnson was involved. But Stone had a fleshed-out scenario, backed with some new information. I was intrigued, all the way home from my job, listening to the details of this conspiracy theory unfold.

When I got home, I added the book to my Wishlist and it’s remained there for a long time. Until today… when I noticed it’s priced at $1.99. So, I snagged it. There are a lot of positive reviews, and it’s continued to cause controversy. Looking forward to it! 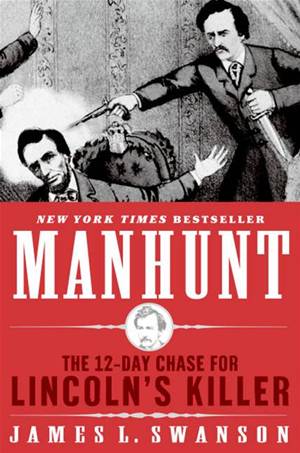 This is a good one. I read this book years ago, and it’s history written like a novel. Meaning… it’s entertaining, and not just dry data.

To be honest, I didn’t even really know that John Wilkes Booth escaped and was on the run for so long. I’m not sure I should admit it, but that was all new information to me. I also didn’t know that Lincoln wasn’t the only person targeted for murder that night.

There are several scenes that remain vivid in my mind, even years later. It’s very well-written, and highly recommended.

Today it’s on sale in the Kindle Store, for $1.99. It’s a great book, worth every cent — even on days when it’s full-priced. I bought the hard cover when it was a new release, and considered it money well-spent. 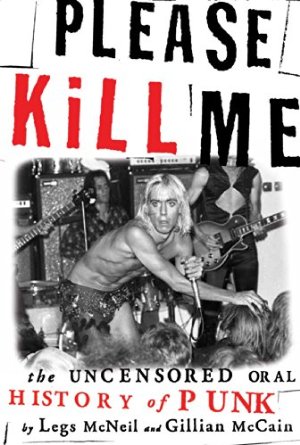 It feels somewhat inappropriate to make the first post at the newly reconfigured Suggestaholic site to be a suggestion for a book I haven’t yet read. But, what does it matter, really? I doubt anyone is going to call 911.

In any case, this thing has been on my Amazon Wishlist for years. It’s widely considered to be a classic, and is mentioned in roughly every other episode of WTF with Marc Maron.

And today… it’s on sale for a mere $1.99 in the Kindle store. You see? My patience has paid off, once again.

If you’re interested in the history of punk, I can confidently recommend this one. Buy before midnight Seattle time (that’s where Amazon is headquartered, correct?) for the low price. Or, if money is no object, pick it up tomorrow or next week. Me? I prefer to lie in wait for three or four years, then STRIKE like a cobra!