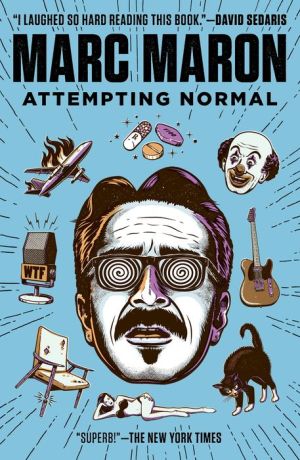 I discovered Marc Maron about five years ago, when I was trolling for new podcasts to add  to my “work iPod.” Back then I listened for about 10 hours per day, five days per week, and was ripping through an enormous amount of material.

One of the first Maron podcasts I heard was his infamous encounter with Gallagher, which was episode 145. As I type this, he’s up to 673 episodes, and I’ve listened to them all. Except for one, which I turned off in disgust: his interview with the pretentious-cock lead singer of Radiohead. Oh my god!

In any case, I’ve become a Maron fan. He’s a longtime stand-up comic, and interviews “creatives” (comics, actors, writers, musicians) on his bi-weekly podcast. He also has a very funny situation comedy on IFC, that’s successfully worked its way into my bloodstream. I was just watching it last night, laughing my ass off.

And this morning I noticed his memoir is temporarily reduced to $1.99 for Kindle. I own it, of course, but haven’t gotten around to reading it yet. I do not hesitate, however, recommending it. Snag the thing, before the price goes back to twelve bucks, or whatever. The man has had his share of adventures.